How a large amount of your contacts stop receiving your emails at once.

Written by Marija Stardelova
Updated over a week ago

Pathfinder does not have a direct tool for unsubscribing or deleting a bulk contacts, the reason being - to prevent accidently deleting larger amount of your contact base. However, there is a really easy way of doing this with our tags and campaigns

Use CSV import to set that tag, so all the contacts you'd like unsubscribed receive it.

Create a new campaign that should unsubscribe the contacts and use that same tag as a starting trigger.

Within the campaign builder of your campaign, set two actions inside: Unsubscribe Contact then End this campaign.

So, basically, your unsubscribe campaign should look like this: 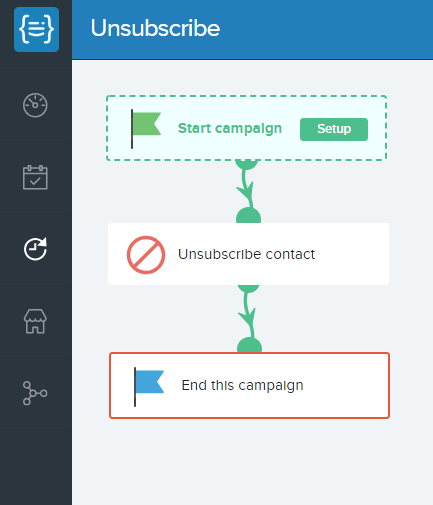 Therefore, all contacts who you give the tag via the CSV will be added into your unsubscribe campaign via the campaign starting trigger and will get unsubscribed.

Did this answer your question?